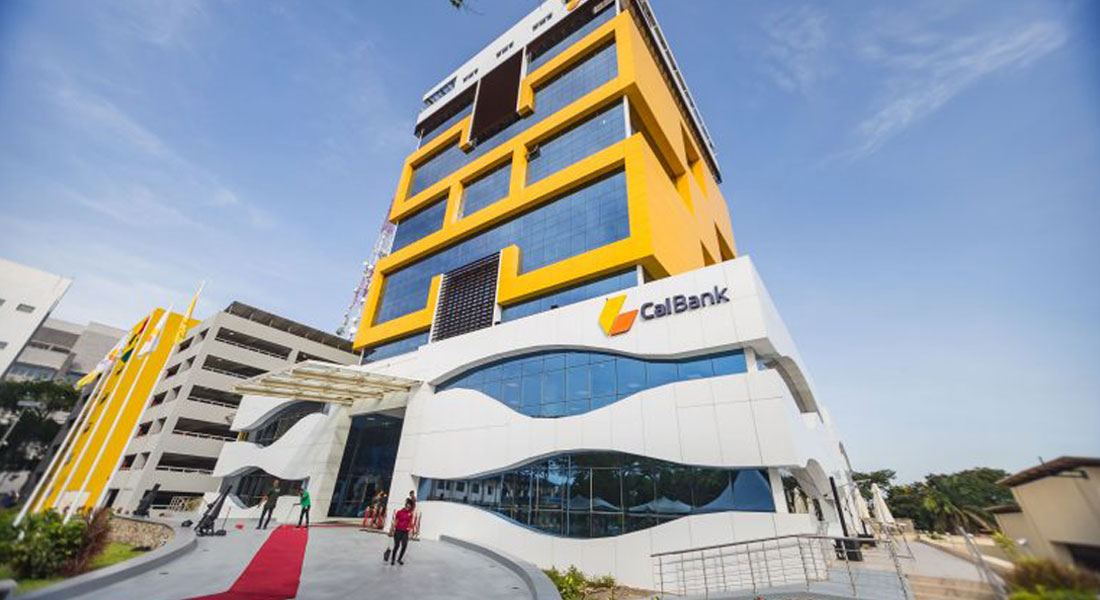 CalBank Limited, one of Ghana’s indigenous bank, has inaugurated its ultra-modern Head Office Tower located on the 23 Independence Avenue in Accra.

The 12-floor 15,200 square meter office complex was commissioned by the President of the Republic of Ghana, Nana Addo Dankwa Akufo-Addo on May 22, 2019 together with a host of Government officials, including the Governor of the Central Bank, Dr. Ernest Addison.

Attesting to the success chalked by CalBank in the face of stiff competition, President Akufo-Addo reiterated government’s resolve to sanitizing the banking industry which is yielding the desired results.

“I have followed the growth of CalBank over the years and the unveiling of this iconic tower should be an exciting moment for all those who have been involved in bringing the bank to its present state’’.

“…an assessment of the banking sector’s performance during the first two months of 2019 showed a well-capitalized, profitable, liquid and stable sector with strong prospects for increased financial intermediation. And it is evident that the measures we took saved the banking industry from a very dire situation, characterized by the existence of several weakly capitalized banks, with balance sheets encumbered by multitude of low performing loans, pursuing bad business models with poor governance practices and largely non-existent central bank regulation,” President Akufo-Addo remarked.

Addressing guests at the event, Managing Director of CalBank, Mr. Frank Adu Jnr remarked ‘…there is much more to look forward to together. Our journey to greatness is on course. Our staff are excited about the incremental changes happening in the Bank. Our customers should be excited about their relationship with the Bank. Our shareholders are assured of a Bank delivering value. We are committed to ensuring the success of CalBank as we move Forward Together and contribute our quota to the development of the country’.

The iconic CalBank Tower is a green building and depends mainly on renewable solar power generated in-house and complemented by the national grid whiles the water system for the building is from harvested rain and underground water. 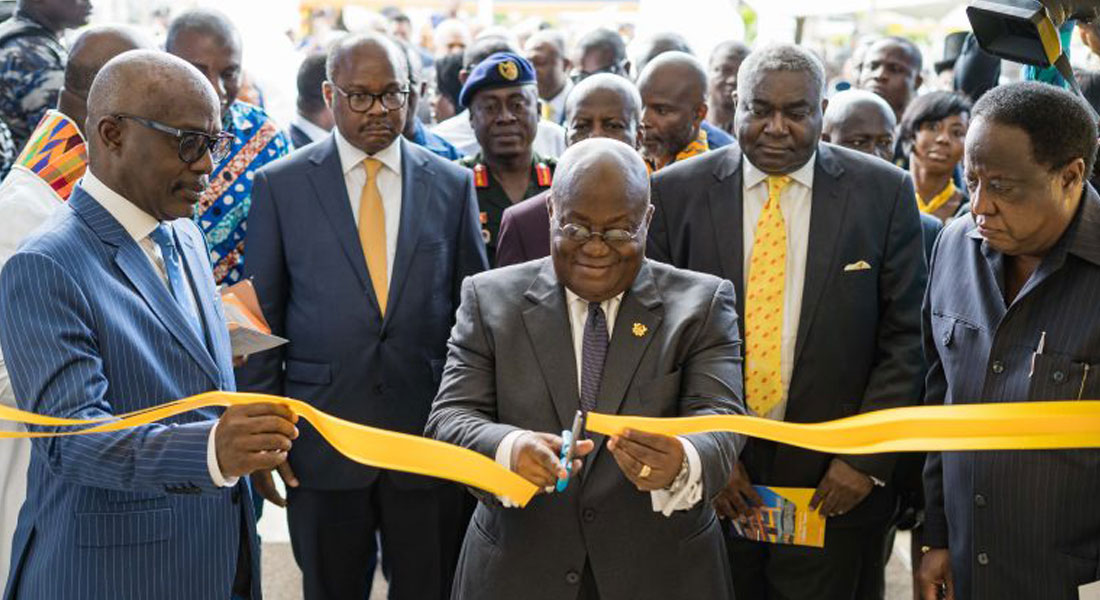 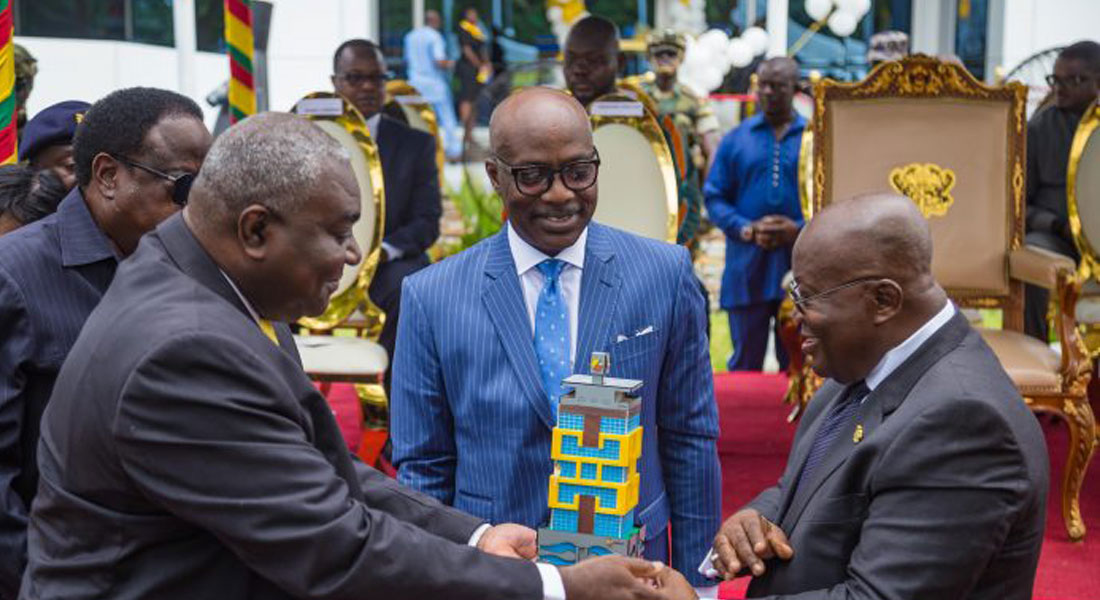 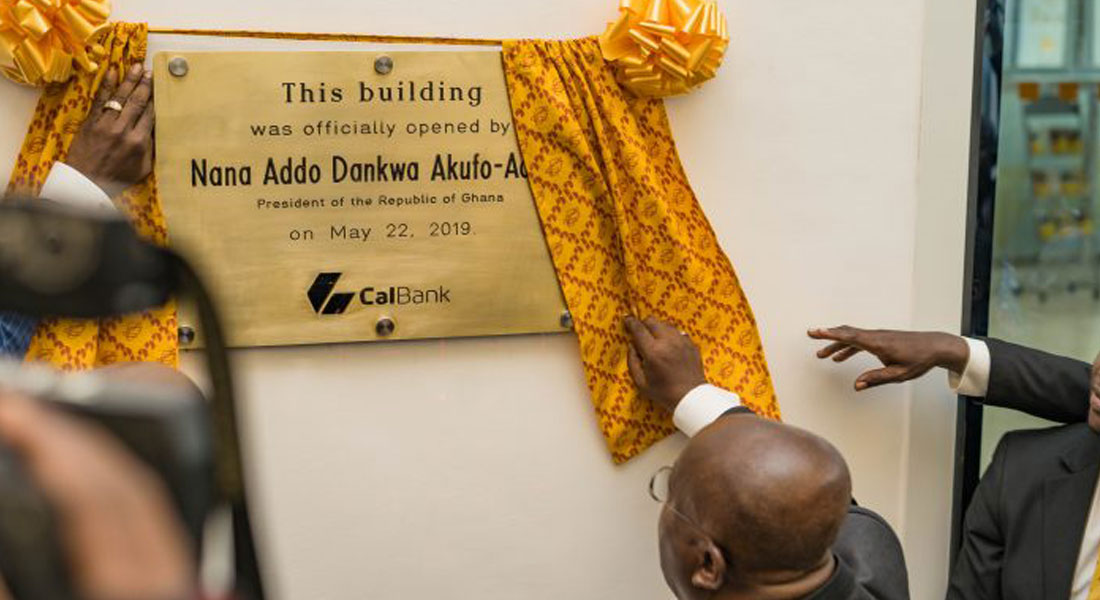